Skip to content
Previous Next
Small Steps Can Help Our Planet 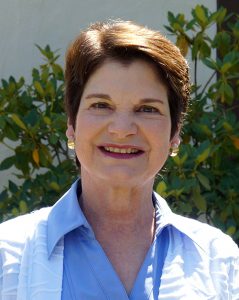 Beth Terry of Oakland keeps reusable bamboo utensils and a couple of glass straws in her purse and always carries a stainless steel water bottle. She brings glass jars to the grocery store to fill with dry foods like rice and coffee, puts produce in cloth bags and asks the butcher to put meat in her own airtight container. She returns empty plastic berry baskets to her farmer’s market, makes her own shampoo and cleaning products, and says “no” to the little plastic “tables” in pizza boxes.
Beth started these habits in 2007, when she saw a photo of a dead sea bird with its belly full of plastic caps, cigarettes and a toothbrush. “I looked at my life and realized that through my unconscious overconsumption, I was personally contributing to the suffering of creatures I hadn’t even known existed,” said Beth, who has written a book called “Plastic Free: How I Kicked the Plastic Habit and How You Can Too.”
Most of us aren’t as conscientious as Beth. In fact, recent surveys show that people have become more complacent about what many believe is the biggest threat to mankind: climate change. It’s like compassion fatigue. After a while, you begin thinking, “What difference will my actions have on such a gigantic problem?”
But there’s merit in doing small things to protect our planet and the creatures that live on it. If people decrease pollution even a little bit, we can give our ecosystems a fighting chance. A Stanford professor who visits Antarctica every year told me that the tipping point that causes a massive ice shelf to melt and plummet into the sea is a rise in temperature of a single degree. A marine biologist with Hopkins Marine Station near Monterey Bay explained that a slight spike in ocean temperature can kill coral reefs, resulting in devastating effects on the fish and other marine life that depend on them.
Similarly, small changes in habits can affect our own quality of life. When I bemoaned the increased traffic clogging our highways, a transportation planner pointed out that we don’t have to convince everyone to avoid solo car trips; reducing the number of cars even a small percentage can make the difference between stop-and-go congestion and free-flowing traffic.
What can you do? To find out, I invite you to attend six programs presented this year by the Citizens Environmental Council of Burlingame, which is committed to helping residents live more sustainably. All of these events are free, and you’ll leave each one with suggestions of simple actions you can take to begin making a dent in the problem. You can download a flyer with details for all recent programs here.
The first program is a free tour next Saturday (March 14) of GreenCitizen, a sustainable electronics recycling firm headquartered in Burlingame. James Kao, founder of GreenCitizen, was shocked when he learned about the damage that toxic waste from discarded electronic gadgets causes to soil, water and people. His company is committed to keeping electronics out of the landfill. You can reserve a space for the 9:30 or 11 a.m. tour by emailing info@cecburlingame.org.
The other programs in the “Green Programs on Hot Topics” series all begin at 7 p.m. in the Lane Community Room at the Burlingame Public Library, 480 Primrose Road, Burlingame. Admission is free and no reservations are required. They are:

Last year, after watching a documentary showing the Great Pacific Garbage Patch, an enormous mass of plastic waste floating in the Pacific Ocean, and hearing Beth Terry explain how she has cut her plastic consumption to two pounds per year, I began taking my lunch in a reusable container, gave up water bottles and stopped buying facial scrubs and gum (who knew they have plastic in them?).
But it’s not easy living plastic free, as Beth herself knows. One recent comment on her website noted, “I recently purchased two of your books from Amazon (so I can spread the word), disappointed that they arrived in a box with 3 plastic Fill-Air Extreme pouches which were entirely unneeded.”
Two steps forward, one step back. But it’s still progress.
Terry Nagel is the Mayor of Burlingame. The opinions expressed in this commentary are her own. She can be reached at terry@terrynagel.com.