Community volunteers started CEC in 2009 after the Burlingame City Council adopted its initial Climate Action Plan (CAP). Many of the founding members of CEC were members of the Green Ribbon Task Force that shaped the CAP. Watch a video about CEC.

CEC’s early efforts focused on persuading the City Council to adopt environmental policies such as banning plastic bags and polystyrene. Members organized five Green Street Fairs that attracted people from throughout the Bay Area. The 2013 fair drew 4,500 visitors and had 60 booths. 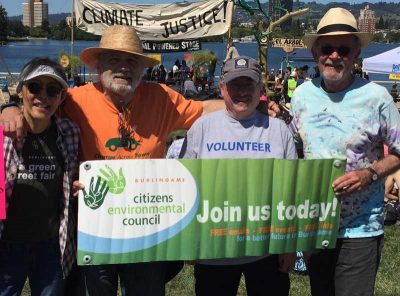 Over the years, CEC helped Burlingame establish a community garden; win grants for bike lanes and EV charging stations; update the city’s gray water code; regulate leaf blowers; and staff e-waste recycling events, bayfront cleanups and tables at the Fresh Market. CEC began offering a free speaker series on sustainability issues in 2010. In 2016 CEC helped start a Repair Café at the library, which continues as a quarterly event. We also partner with many local and regional organizations.

The City of Burlingame and the Burlingame Public Library have been strong supporters of CEC through the years. The city hired its first sustainability coordinator in 2014 at CEC’s urging, and now sustainability is a priority across all departments. CEC input helped ensure the inclusion of sustainability measures in the 2019 revision of Burlingame’s General Plan, and we were instrumental in the city’s 2019 update of its Climate Action Plan. 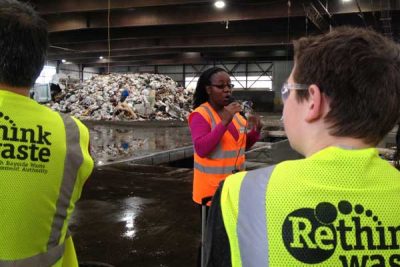 Encouraging the next generation to get involved in environmental issues has been a special focus for CEC since 2016, when we began offering scholarships to Burlingame High School (BHS) students. In 2018 CEC hosted the first CEC Student Film Fest in partnership with the Burlingame Environmental Club at BHS. A student internship program that CEC started in 2018 has expanded into the countywide Youth Climate Ambassadors Leadership Program sponsored by San Mateo County’s Office of Sustainability and Office of Education; CEC continues to lead the central county group.

In 2016 CEC incorporated and attained 501(c)(3) nonprofit status, which opened the door to tax-deductible contributions. 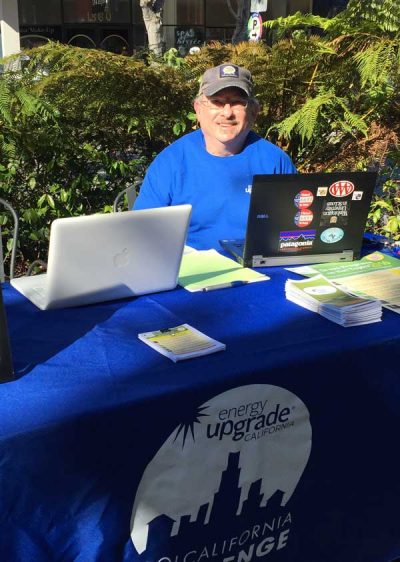 CEC has been involved in shaping public policy on a regional level. In 2018 CEC led an effort culminating in approval of a San Mateo County ordinance requiring organizers hosting electronic waste events to hire certified recycling companies to dispose of e-waste. In 2019 CEC worked with TEAMC, the Transportation Equity Allied Movement Coalition, to win passage of Measure W, which will allocate $80 million a year for 30 years to address pressing transportation challenges.

CEC banded together with 30 other organizations in the Campaign for Fossil Free Buildings in Silicon Valley to encourage City Councils in San Mateo County to approve Reach Codes, limiting natural gas (a fossil fuel) in new construction and expand electric vehicle infrastructure, resulting in significant reductions in carbon emissions. Cities on the Peninsula have been at the forefront of this effort. The Burlingame City Council adopted Reach Codes in August 2020.

CEC earned more than $19,000 in prizes in two statewide Cool California Challenges for inspiring Burlingame residents to reduce energy and water use. In recognition of its impact during this competition, CEC was honored in Sacramento at the 2016 Green California Summit. In 2019 it received a Sustainability Award from Sustainable San Mateo County (SSMC) that State Senator Jerry Hill presented to CEC at SSMC’s annual Awards Dinner. Watch the video about CEC shown at SSMC’s Awards Dinner.