Students in grades 4 through 12 who live or attend school in San Mateo County are invited to enter environmental videos in the 5th Annual CEC Student Film Fest, co-produced by the Citizens Environmental Council (CEC) and the Burlingame Environmental Club (BEC) of Burlingame High School.

Students are invited to learn tips on creating videos at a free Film Workshop offered by students in the BEC from 10 to 11:30 a.m. on Saturday, January 29, via Zoom. Those who attend the workshop will later be given the opportunity to submit their video for feedback by the BEC in advance of formal submission to the competition. Pre-registration is required.

Students who wish to enter should submit an original video, not more than five minutes in length, on the environmental topic of their choice by Tuesday, March 1. The final entries will be screened and winners will be announced at the CEC Student Film Fest on Tuesday, March 22, from 6:30 to 8 p.m. live at the Burlingame High School auditorium. The festival is open to the public and admission is free. San Mateo County Supervisor Dave Pine will be on hand to acknowledge involvement of all participants. There is no charge for entries.

Please visit for details, rules and to submit entries.

Congratulations to the 2021 Winners of the Film Fest! 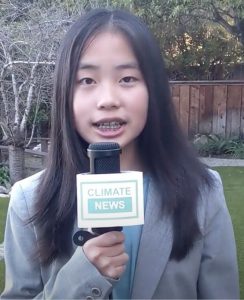 Kayla Ling, a seventh grader at The Nueva School in Hillsborough, was named the Overall Best in Festival winner of the fourth annual 2021 CEC Student Film Fest on March 23, which was cosponsored by the Citizens Environmental Council (CEC) and the Burlingame Environmental Club (BEC) of Burlingame High School. Her video, “We Have a Climate Crisis – Who’s to Blame?” also was the winner of the Middle School Category for the Film Fest. Kayla lives in Hillsborough.

Students in grades 4 through 12 who live or attend school in San Mateo County were invited to enter environmental videos of up to five minutes in length in the contest. There were 22 submissions. CEC awarded cash prizes of $100 to the Elementary School winner, $150 to the Middle School winner and $350 to the High School winners.

In addition to the cash prize for winning the Middle School Category, the Overall Best in Festival winner, Kayla Ling, will be a guest on the podcast, “Earth to Humans,” and receive a complimentary pass to the Women in Film San Francisco Bay Area event.

About the CEC Student Film Fest

Since 2018 the CEC Student Film Fest has been inviting local students to make short videos of five minutes or less that show how they care about the planet. Topics vary widely, but all films express the unique perspective of the young filmmakers on the environmental topic of their choice. Entries have included original music that has been performed and recorded, stop-motion techniques, live action and comedy, collaborations and more. The means of expression is up to the filmmakers.

The Film Fest is cosponsored by the Burlingame Environmental Club (BEC) at Burlingame High School. BEC also conducts a free filmmaking workshop in January and hosts a film festival in March, previously live at Burlingame High but now virtually via Zoom, where videos are screened and winners are announced.

In addition to creativity, videos should present accurate, referenced information that support the message filmmakers seek to convey. Check back early in 2022 to learn details about the next Film Fest.


Middle School: Kayla Ling, “We Have a Climate Crisis – Who’s to Blame? – Watch

Best in Festival: Kayla Ling, “We Have a Climate Crisis – Who’s to Blame? – Watch


Best in Festival: Astrid Carlen, “The Carbon Footprint of a BLT” – Watch 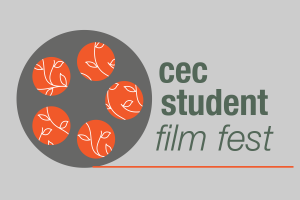 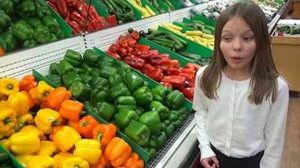 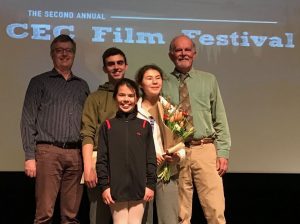 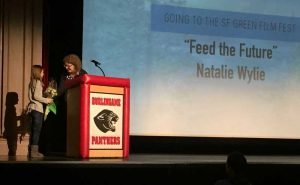